Google is sponsoring it’s very own space race! However, unlike the 60’s space race, this race is not just between the U.S. and the Soviet Union and it does not end with a man on the moon. This space race will see a great deal of robots of all shapes and sizes cascading through moon’s nonexistent atmosphere. The recent tally for competitor numbers is 29. Twenty-nine different teams across the globe have signed up for the $20 million first place prize. The stakes are high as well as the game rules. Competitors must land a robot on the moon that has the capability to travel 500 meters on the lunar surface in addition to transmitting photos to earth. The first robot to achieve this will be awarded first place. Kudos to Google for creating the world’s first space race of the 21st century! 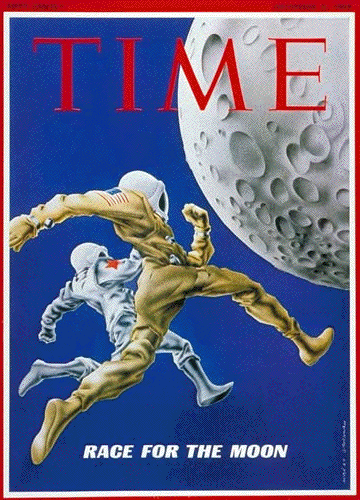 It's the robot's turn this time around.